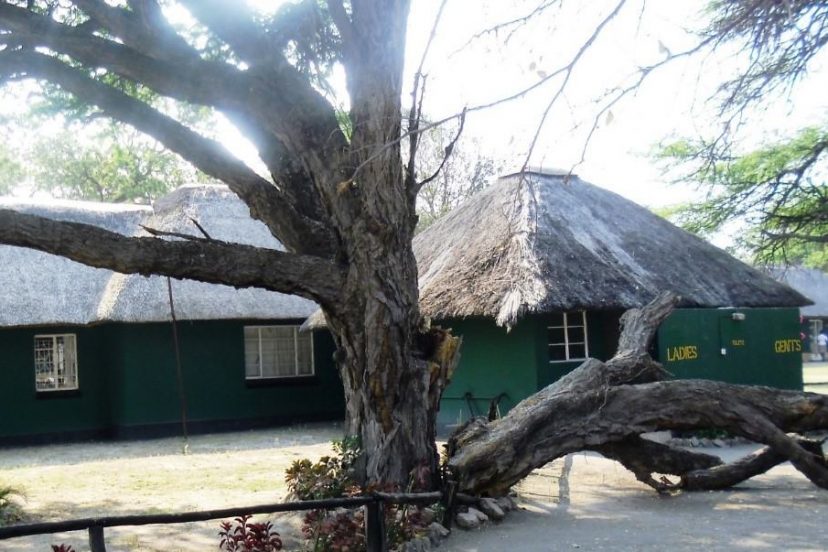 PROTECT, MANAGE, RESTORE – these three words are a WWF mantra for appropriate care for the environment. In the coming weeks we will look at this mantra in relation to several aspects of management of Zimbabwe’s vegetation, particularly in the form of forests.

We need to remind ourselves constantly of the importance of plants in our lives.

Without plants we humans (and all other animals) would soon cease to exist. We depend on plants for our existence – for food, shade, building timber, yes, but far more fundamental than that, we depend on plants for the very air that we breathe. Plants breathe in our carbon dioxide and breathe out the life-sustaining oxygen we need. Huge natural forests like the Amazon jungle are “the lungs of the world”.

But apart from that extreme importance of vegetation, and in particular trees, in our lives let us briefly list a few other reasons vegetation is important, such as:

• Sustaining the all the life forms (including humans) that live on and off plants and that in turn provide food for all the prey species (and humans);
• Holding soil together;
• Breaking down into soil nutrients
• Fixing soil nutrients (like nitrogen)
• Carbon sink, working against global warming

We need multiple approaches to taking care of the vegetation of our planet.

We need to:
• Slow down deforestation in our country;
• Promote reforestation to begin to replace what has been lost, through deforestation or even just natural tree death from old age;
• Act against invasive plant species that are squeezing out indigenous species;
• Recognise the crucial part played by deadwood in a healthy forest;
• Manage bushfires.
………………………………………………………………

When I was a child (many, many years ago) I remember camping with my family at Main Camp, Hwange, in the shade of a clump of large trees which protected us from the blazing sun at any time of the day. This is no longer possible, not because humans desperate for firewood have chopped down the trees, as is the case in much of Zimbabwe, but because many of those trees have simply died of old age.

The plentiful groves of mature trees that attracted the designers of Main Camp in the 1950s belong for the most part to species that do not live beyond 100 years – and their time was up. It is immediately apparent when one drives into the area of tourist accommodation that there is a serious shortage of flourishing trees and the area is dominated by trees that are dying or bare stumps of dead trees or spaces where trees used to be. Most of this article will consist of photos – on the grounds that they are all that are necessary to suggest that action is needed.

(This map was drawn up using a satellite photo – it is therefore easy to see that the pale areas have few if any trees.)

At first glance the area where the Lodges are situated (to the right of the entrance to the accommodation area) is well supplied with large trees but in fact many have died or are dying and they are just screened by the remaining trees (see photo above).

There are a few large trees remaining in the Chalet area but the majority are dying or have completely died.

The Cottage area has lost almost all its tree cover. The only shade available comes from the thatched gazebo in the center of the area.

The caravan and camping area is the hardest hit by the loss of trees and perhaps the area where it would be most desirable to provide trees and their shade for people living under canvas and cooking in the open.

I have used a map of the lodge area to suggest the trees that it could be desirable to plant (represented by circles) to replace dead trees and to fill in empty areas. This comes to approximately 50 trees in the lodge area alone. (I would say that to repopulate the whole of Main Camp’s tourist accommodation would call for upwards of 200 young trees – to allow for the fact that many of the remaining trees will die in the near future).
Obviously it would be better to plant a handful of trees now rather than none but I would like to see at least a hundred trees planted in the accommodation area as a whole.

Obviously it would be desirable to plant those species that are occurring naturally in Hwange and originally populated the Main Camp space. The predominant species is Camelthorn (Vachellia erioloba), which fortunately grows relatively fast. Another species that was common is the African Teak (Baikiaea plurijuga). Other big, shady trees found in the area are Scotsman’s Rattle (Amblygonocarpus andongensis), African Wattle (Peltophorum africanum), False Mopane (Guibourtia coleosperma) and Leadwood (Combretum imberbe). Other species that are not shady but are characteristic are the African Rain Tree or Apple-leaf (Philenoptera violacea formerly Lonchocarpus capassa) and Silver Terminalia or Silver Cluster-leaf (Terminalia sericea). It would be great to take the advice of an expert on how to maximize the advantages of fast growth with the judicious sprinkling of slow-growing trees that will only come into their own after many years.

There is absolutely no point in planting young trees unless they are supplied with protection from being browsed by animals, such as the resident herd of impala who roam Main Camp every night. Supports and some sort of fencing or cage will be necessary for each sapling. Jod Dankwertz as some sort of environmentally friendly tree protection but otherwise there needs to be arrangements made with gum poles or metal poles and pieces of diamond mesh fencing.
When? It would be desirable to plant the trees just before the rainy season (i.e. October or November) so that the young trees get a good start in natural rainfall. They might then require a little supplementary water in the dry season for a year or two.