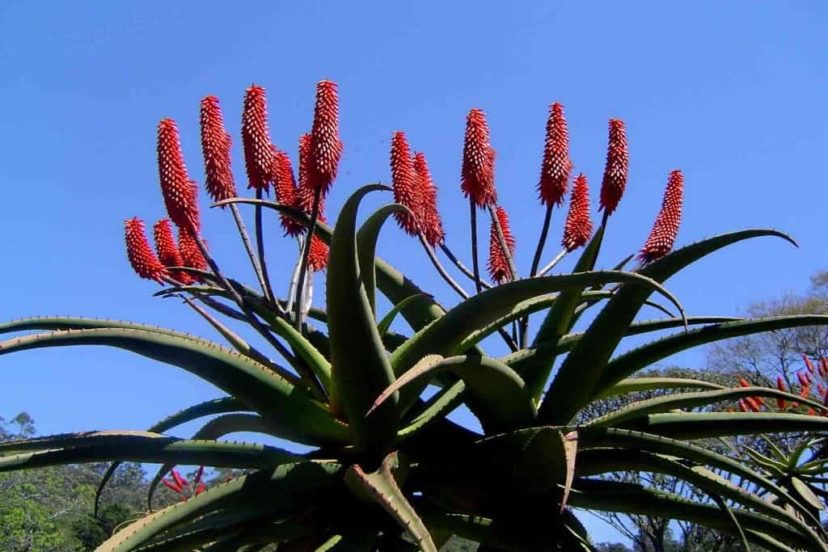 Succulent plants, such as aloes, store water in their enlarged fleshy leaves, stems or roots. This allows them to survive in arid environments. There are over 500 species of aloe, with many varieties, sub-species and hybrids.