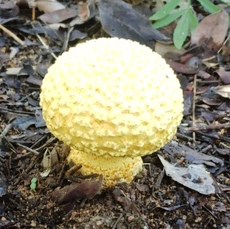 We can easily see and interact with plants in the form of trees, grasses, flowers and vegetables. There is, however, a vital section of the plant world that most of us do not see very much of and and about which we tend to know very little. I am speaking of fungus. Most of us enjoy mushrooms to eat but the functions of fungus in the world (apart from providing us with something to eat) are almost more than can be listed. And there is a case for arguing that we are galloping towards environmental disaster on this planet but that our salvation might very well lie with making use of various types of fungus.

The article I have captured below has as its starting point with the mushrooms that we eat – but read on for a simple summary of the four important types of fungus.

Four Categories of Fungus for an Understanding of Mushrooms

There are a huge number of species of mushroom out there. We tend to only know the names of a few edible varieties such as morels, white button, reishi, cordyceps, shiitake, to name but a few.

Within the general category of fungus there are groups of “mushroom” which share similar traits, allowing scientists to classify them in one of four categories, based on how each type receives nutrients.

Saprotrophic fungi include many common edible mushrooms, such as morels, cremini, white button, portabella, and shiitake. Saprotrophs do not require a living host. These mushrooms thrive on dead and decaying wood and they use their extracellular digestion mechanisms to decompose organic matter and in this way get the necessary nutrients for their growth and reproduction. They help speed up the decomposition of whatever tree or plant they are attached to. As they derive nutrition from dead matter, they are often termed as cleaning agents.

Saprotrophic fungi can be further broken down into two categories: litter decomposers, and wood decay fungi.

Saprotrophic mushrooms require quite specific conditions to grow. They require water, oxygen, soil with a pH of 7 or less, and cooler temperatures.

Mycorrhizal mushrooms include truffles and chanterelles. In the network of tree roots, usually several different mycorrhizal fungi live side by side.

Mycorrhizal mushrooms have a symbiotic relationship with the plant they take on as a host (usually trees), meaning both the mushroom and the plant benefit. A mycorrhiza is a root which is populated by a mycorrhizal fungus. The fungus covers the outermost fine roots with a thick network of strings (so-called mycelium) and forms a coat of fungus that surrounds the roots deep into the earth.

The mushroom is able to receive some of the sugar the plant produces through photosynthesis, helping the fungus to thrive. In return, the mushroom provides water and protection against certain diseases to the plant. The plant also receives from the fungus several different nutrients such as nitrogen and phosphorus, which the fungus takes up from the finest soil pores with its hyphae.

Mycorrhizae are furthermore able to protect the trees from poisonous effects caused by pollutants. They filter out and retain heavy metals which have been taken up by the tree. (The disadvantage, however, is that these heavy metals are accumulated into the fruiting body of the fungus. This may lead to toxic concentrations within edible mushrooms.) Trees with mycorrhizal growth show an increased tolerance towards various stress factors, are less susceptible to frost and gain additional resistance against pathogenic microorganisms in the soil. Furthermore, the mycorrhizae cause an increase in plant growth.

Approximately one third of the mushrooms growing in our forests are mycorrhizal fungi. Among these approximately 2000 species, many are delicate and edible mushrooms, but there are toxic ones as well. Many mycorrhizal fungi are host specific, which means that they only grow with specific tree species. (i.e. larch bolete, oak milk-cap). Others only grow in deciduous forests or coniferous forests.

With parasitic mushrooms, the relationship with the host plant is beneficial for the mushroom but for the plant. Parasites also steal vital nutrients from their host and do eventually kill the host.

Cordyceps are one of the most well-known mushrooms of this type. (They grow on the backs of caterpillars and other bugs and replace the host’s tissue with that of the mushroom.)

Cordyceps is known as the “energy mushroom” and is typically used for preparations supporting energy and endurance. Chaga is a type of fungus that grows mainly on the bark of birch trees in cold climates, such as Northern Europe, Siberia, Russia, Korea, Northern Canada and Alaska. (It isn’t technically a mushroom – it is a “sterile conk” that is made up of birch wood and the mycelium of Chaga.) It needs to grow naturally in the wild, and cannot really be cultivated.

Chaga mushroom extracts have been used for centuries in Siberia and other parts of Asia as a medicine to boost immunity and fight infection, as an anti-oxidant, to lower blood sugar and treat diabetes, for digestive and skin health and to improve overall health.

Endophytic Fungi (from Greek “endo” = within, inner, absorbing, or containing and “phytic” indicating a plant of a specified type or habitat)

Endophytic fungi do not produce mushrooms but endophytes are an abundant and complex category of micro-fungi, and have been reported from all tissues such as roots, stems, leaves, flowers, and fruits. Like parasitic mushrooms, endophytes take over their host’s tissue but endophytes internally infect living plant tissues without causing any visible manifestation of harm or disease and live in mutualistic association with plants for at least a part of their life cycle.

In fact, some have a symbiotic relationship with the fungus helping their plant host to enhance host growth, nutrient acquisition and improve the plant’s ability to tolerate abiotic stresses, such as drought, salinity and decrease biotic stresses by enhancing plant resistance to insects, pathogens and herbivores.

Endophytic fungi have been of great interest to the pharmacological industry as potential natural producers of bioactive compounds for high-demand drugs. They are a rich source of functional plant metabolites that include steroids, quinines, alkaloids, peptides and chlorinated metabolites.

Another major area in endophytic research is bioremediation. During their life span, microbes adapt fast to environmental pollutants and remediate their surrounding microenvironment. In the last two decades, bioremediation has arisen as a suitable alternative for remediating large polluted sites. Look at the article below as an example.

“5 Species That Eat Pollution for Breakfast” – InHabitat from

“We may enjoy eating oyster mushrooms in omelets, but they also have another, incredibly profound quality: they enjoy eating diesel fuel and other petroleum products for breakfast. In one study, soil contaminated with diesel oil was inoculated with oyster mushroom mycelia, resulting in a 95 percent reduction of toxic compounds after a one-month period. The resulting byproducts were nothing more than carbon dioxide and water. Other related fungal species are known to break down chemicals such as polyurethane and many common pesticides and herbicides.”

Paul Stamets: 6 ways mushrooms can save the world | TED Talk