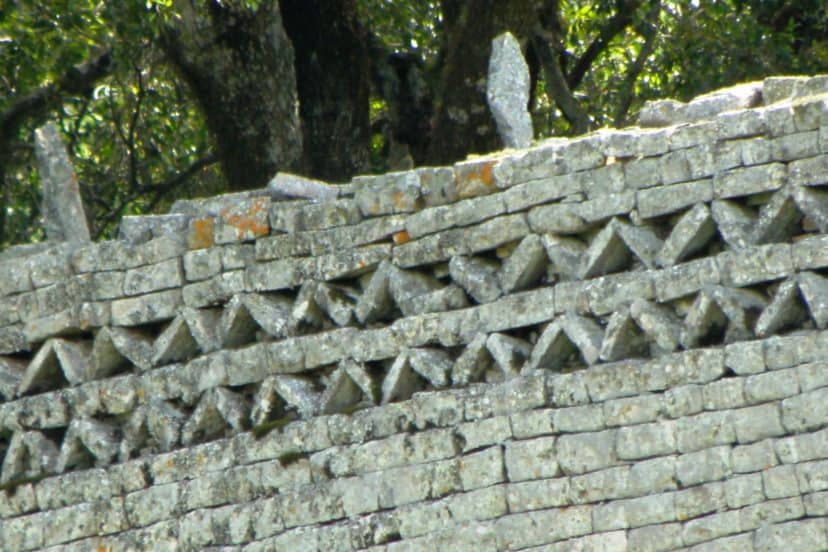 In the 15th Century Great Zimbabwe was the largest and most important capital of a vast kingdom and home to some 18 000 people at its peak.  The area it once controlled extended over 100 000 square kilometres between the Zambezi and Limpopo Rivers. In contrast to most other societies in southern Africa, the  social organization of the Zimbabwe people was based on a marked distinction between commoners and a ruling class, whose right to rule was supported by a system of beliefs generally called ‘sacred kingship’.

How did Great Zimbabwe come to be so powerful?

Trade contacts between Bantu-speaking people and Arabs on the East Coast were established in about AD 900 in the area where the modern countries of Botswana, Zimbabwe and South Africa meet.  This area was rich in two commodities that the Arab traders wanted – ivory and gold. The Bantu-speaking traditional leaders had great spiritual power in the form of being depended on to intercede with the spiritual world on behalf of the general population and they were already wealthy in terms of cattle but became extremely wealthy in a variety of luxury commodities through the coastal trade with the Arabs. As a result of this increased wealth, a class-based society evolved in the 12th and 13th Centuries at a settlement known as Mapungubwe, in present day northern South Africa, south of the Limpopo River.

It is not clear why but Mapungubwe was abandoned in the late 13th century. Great Zimbabwe (which was closer to the coast and gold sources and in a better agricultural zone) became the most important centre in the region at this time and controlled the interior segment of a long-distance trade network involving many countries around the edge of the Indian Ocean. Ivory, gold, iron and other things were taken to trading stations on the coast, such as Sofala, where they were loaded on ships and transported up the coast to ports in East Africa, such as Kilwa, that controlled the sea trade. After the gold and other goods were taxed  in these ports, traders used the monsoon winds to reach southern  Arabia, India and even China where they exchanged the African  products for glass beads, cotton and silk cloths, glazed ceramics and  other items. The traders returned to the East Coast ports on the next monsoon, and then made their way down to Sofala to begin the trade all over again. (Chinese ceramics have been found at Great Zimbabwe.)

Great Zimbabwe was also at the hub of an extensive, local network. Gold and ivory were the most important elements of this network. Tin ingots came from 600 kilometres to the south. Iron bells were probably made near the Zambezi, if not in Zaire, and such things as copper, salt, soapstone, cattle and grain were part of a system of tribute that supported the capital.  This network at its height spanned the 100 000 square kilometers mentioned above.

Great Zimbabwe retained its dominance over all this trade for 150 years before it in turn was abandoned, for reasons we will discuss below.

What would one have seen at Great Zimbabwe at its peak?

Below is an artist’s impression of what Great Zimbabwe might have looked like at its height, based on what we find in the archaeological record left behind.

To the north, on the top of a rocky mountain, was the dwelling of the King and his household. Deep within this area was the sacred domain, through which the King had the power to influence the well-being of all his people, particularly in rain-making ceremonies. The valley below was filled with the huts of thousands of common people who were drawn by the material and spiritual power of the king at Great Zimbabwe to cluster around the base of his mountain. To the east were the quarters of the Royal Wives. Where the ground rose again to the south was the Great Enclosure, the important center for public religious ceremonies and for initiation rites for the young people of the society.

Why are there huge rock buildings at Great Zimbabwe?

Archaeologists and historians have studied of the rise and fall of societies and see a predictable pattern. Large conglomerations of people mean large groups of young men who have to be kept fully occupied or they begin to be dissatisfied with the old men in leadership and plot to overthrow them. Throughout history there have been two ways of controlling young men, either by sending them to war or by getting them involved in monumental architecture. At Great Zimbabwe they were far too busy building massive walls in honour of the king or for spiritual purposes to have any time or energy left for revolution.

Why is the architecture of Great Zimbabwe as it is?

Early historians saw similarities with buildings in various other parts of the world and felt there must have been some influence or teaching at work. The reality, however, is that if you build with rock and no mortar you are always going to have to build in the same way, with no sharp corners but instead gently curving walls that start wide at the bottom and are angled inward to relatively narrow tops.

It is interesting to observe how the builders at Great Zimbabwe improved at their craft as the decades passed. In the beginning they were putting roughly shaped rocks on top of each other in a random way, wedging them in any way they would vaguely fit. (This cannot produce a very stable wall.) Then they became somewhat more skilled at fitting roughly rectangular rocks together more or less in lines. And as time went by they became extremely skilled at fitting lines of rectangular rocks together so tightly that we can still see the result standing strong 500 years later. Archaeologists call the rough, earlier attempt “P-walling” and the later expert examples “Q-walling”).

Why did the Great Zimbabwe culture collapse?

The society at Great Zimbabwe is described by archaeologists and historians as a “culture”, not a “civilization”. In the official definition of a “civilization” the people develop some form of writing as well as a division of labour so that, for example, peasant farmers can support a city structure filled with people who have other functions (like government, metal working, ceramics or weaving) and these skilled people do not have to grow their own food because they can buy food from the peasants. At Great Zimbabwe everyone was a peasant farmer and had fields and cattle and goats in the surrounding area. By the 1450s the environment was completely exhausted and could no longer support a population of thousands of people, each with their own fields and livestock. The photographs of the very earliest European travelers show that the area was still largely treeless and it appears that it took centuries for the woodland to recover to its present level.

The population split up and left Great Zimbabwe. Some went  south-west to the Torwa capital at Khami (near present day Bulawayo) and the bulk followed the Mutapa (king) north into the Zambezi Valley, to the “Mwene Mutapa” capital near present-day Mount Darwin – where there are several small but well-built zimbabwes.

The Portuguese penetrated southern and central Africa in the 16th Century in search of the fabled gold that the Arabs reported from the region. By then the Zimbabwe culture had disappeared, except for tiny pockets like a small group of spiritual care-takers still protecting the shrine at Great Zimbabwe.

Why has something like Great Zimbabwe not arisen again?

The Great Zimbabwe culture grew out of a very specific set of historical and social circumstances. The Arab civilization that fuelled the international trade was replaced by the Portuguese who destroyed the Swahili city-states up the east coast of Africa and attempted to take over the Indian Ocean trade. They failed because they were looking for vast get-rich-quick treasure piles, not expecting to manage the very slow dignified exchange of goods and services that the Arabs had maintained for centuries. As a result there was no advantage in large groups of people being drawn together in the interior of Africa in complicated trade networks and so the society fragmented back into the relatively small chieftainships that have been characteristic of the history of most of sub-Saharan Africa.