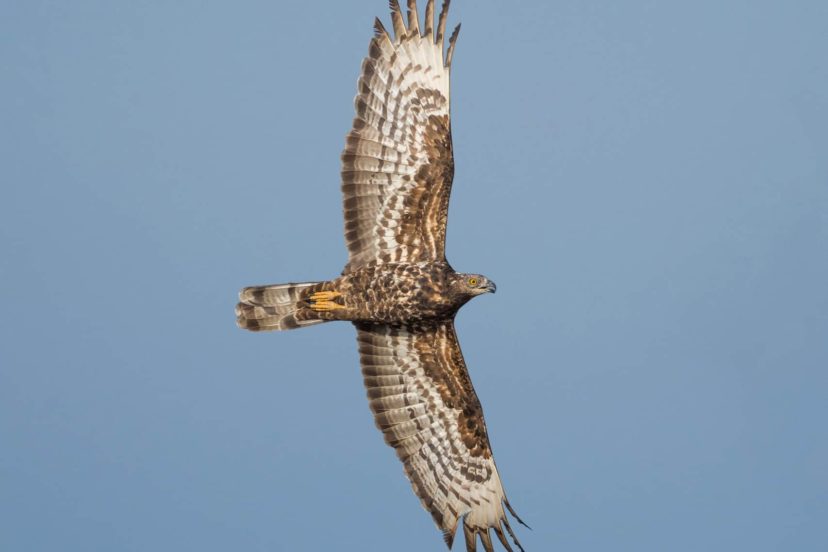 “A female European Honey Buzzard Bird was fitted with a satellite tracking system in Finland recently and was of particular interest to locals because it spent the most recent austral summer around the town of Reitz in the Free State in South Africa. She left Reitz to start heading north on 20 April and on the 2nd of June, she finally reached Finland where she will probably spend the boreal summer before probably returning again next season for a visit in South Africa.

Here is an image showing the data received from the tracker which plots out the route that she took to head north… so, in just 42 days, she covered over 10 000 km at an average of more than 230 km every single day! Isn’t that just amazing…?!” What I find amazing is how she took a straight line north except for when she had to fly over water. (or Sudan) Edit: Apparently she turned right at the source of the Nile and followed it. I’m still fascinated by the fact that after that deviation she returned to the same longitudinal line she started.”

Click below to read about BirdLife Malta’s discovery of tracking device on a honey buzzard.