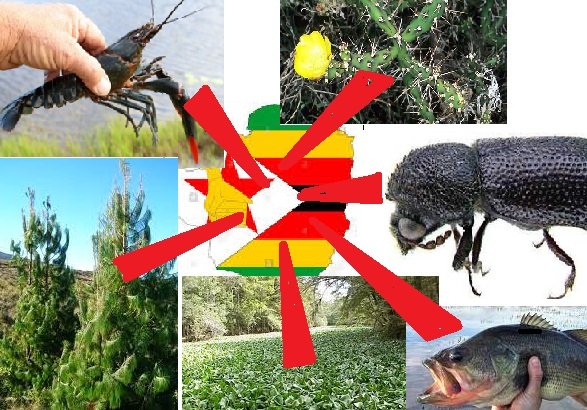 As humans have moved about the planet they have taken with them, deliberately or accidentally, pathogens, animals and plants. Some of these have caused havoc where they have spread and “invaded” the new territories, damaging or squeezing out what was indigenous. Smallpox, for example, wiped out huge sections of the native populations of the Americas. And we are all keenly aware of the effects of human movement around the planet and COVID-19. Rabbits have become a major pest in Australia and New Zealand. 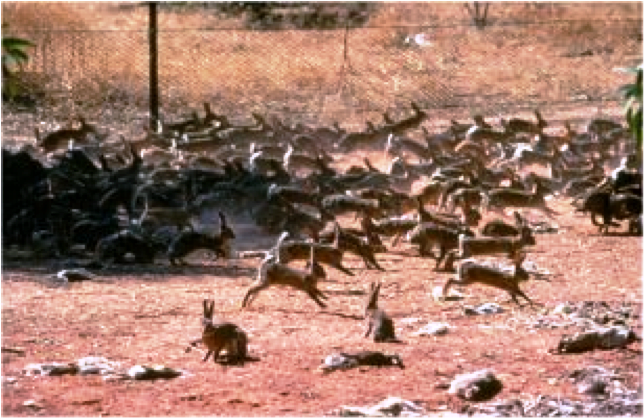 The Japanese kudzu vine rapidly smothers all other vegetation in many places in the United states. (There are species that are introduced into a country from elsewhere but do not spread like wildfire – they remain “alien” or non-indigenous, but they do not become invasive, i.e. they do not become widespread or a problem.)

Invasive species were often originally introduced for agriculture/cultivation (e.g. crops, forestry or fisheries) or for ornamental purposes. Alternatively, some species are introduced accidentally, being transported in trucks, animal feed or contaminated wood, usually in the form of seeds or pods. These species escape their enclosures or fields and establish in neighbouring places as viable populations. The plants then spread via wind, water, animals or humans. They find conditions in the new country particularly favourable and/or they have none of the pests that would have kept them under control back in their native country.

There are several characteristics or circumstances that cause an introduced species (plant or animal) to become an invasive. These include:

Invasive alien species cause environmental harm. They affect biodiversity by competing with native species, causing their decline and/or elimination. Species like pine, wattle and eucalyptus change the chemical composition of the soil in which they are growing to discourage any competition so that indigenous species can no longer grow in that soil.

The end result is the disruption of the balance of ecosystems and their functions. The impacts are environmental, economic and social, affecting agriculture and forestry, fisheries and countless other ecosystems and then affecting peoples’ livelihoods, especially in developing countries. The result of this is an increase in poverty. This situation is all compounded by climate change, other human impacts on ecosystems, habitat loss and, of course, pollution.

The following are the main invasive species of plants and animals in Zimbabwe.

Invasive species and the law in Zimbabwe

What you need to know?

You cannot know and deal with all the invasive species – but you have probably got a feeling of those plants or insects or fish which are causing a problem in your area. It would be a very good idea to go onto the internet and look up the negative effects of these particular species – and what the suggestions are for beginning to get some control of the populations. If we all make an effort to fight invaders in our little patch we could begin to turn around the situation.