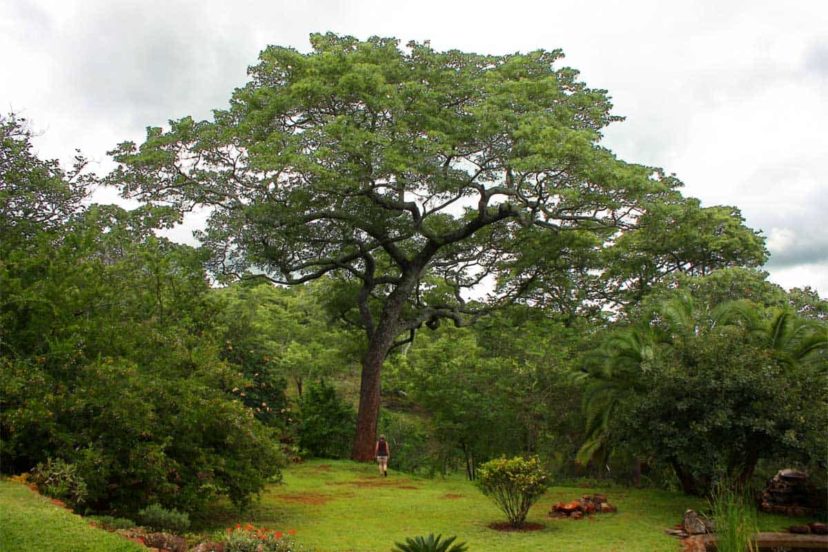 Before we look at the two species themselves let us get a picture of Harare not as roads and buildings but as a landscape drained by rivers.

The highest point in Harare is at Mabvuku. Flowing westwards from there is the Mukuvisi River, with Cleveland Dam in the higher end in the East, and Lake Chivero at the lower end in the West.  The railway line through Harare and also Samora Machel Avenue follow roughly the Mukuvisi on its east to west flow. The Avondale stream finds its way to the Mukuvisi from the north, and the Hatfield stream joins from the south. Umwindsidale and Borrowdale are in hills that form a catchment for the Mazoe River, flowing north from Harare.  Between these river systems are kopjes and ridges forming higher ground (hence the name “Highlands”) and sloping areas with names like Hillside.  In the lower areas are our precious wetlands, essential parts of a living ecosystem and water cycle.

This landscape is clothed by three types of vegetation:

Coming back to my garden, nearby is a struggling water course, and though my garden has very little slope it does have those different, higher to lower plant communities.

The plants in my garden teach me a lot about plants in Zimbabwe, about different plants and the communities they form, about the different factors (climate, soil, people) that affect plants and are affected by plants.  The garden also teaches me about the birds and the insects, the flowers and grasses, lichens and mushrooms, reptiles and small mammals that share the garden and neighbourhood.

As well as the garden I have books and other sources of information to draw on and will write also about them.  Like other sciences, botany – the study of plants – is making rapid and exciting advances, including the very exciting emerging knowledge about how connected everything is, about the interconnected lives trees lead, their communities and behaviours, the ways they help and provide for each other, the ways they help and provide for all living things. In future blogs I will describe trees found in different parts of Zimbabwe, and in some articles I will open up more general aspects of plant life.

For now, with spring underway, I will start with msasas and munondos, the two main species that make up what is known as “Miombo woodland”.

One description I have for Msasa states;

“Msasa is the main constituent of the Zimbabwe highveld.  It is well loved for its spectacular flush of new leaves in spring, with colours varying from pink to bronze, burgundy and fading to green as the leaves mature.  The crack of its pods splitting in two and flinging out the seeds is a characteristic sound of the late dry season.  Tall trees growing in well-watered deep soils around Harare are in fact the same species as the stunted ‘dwarf’ trees in the Nyanga highlands.” (unattributed note in an old calendar)

Photographers and landscape artists quickly learn that sunlight adds to the beauty of the spring colours, that the view sparkles in the light shining through the young leaves.  Trees, through their leaves, combine light, air and water to create life.

Msasa is dominant over large areas of central Africa, in Angola, Burundi, DRC, Kenya, Malawi, Mozambique, Tanzania, Zambia and Zimbabwe, and with an outlier population recently discovered in the Soutpansberg mountains of northern South Africa.  Further north it is less dominant but it reaches its greatest size (18 to 19 metres) in eastern Angola and central Zambia) where it is assured of good rains in the hot growing season.

Msasa mostly occurs at altitudes above 1000m (where there is a sharp difference between day and night-time temperatures).  It develops heavy spreading boughs and a shapely crown and mature specimens are valued in parks and gardens. It is a deciduous tree and starts to lose its leaves as the cool season begins in late May and by early August it is bare or nearly so.

In late August, as temperatures rise again, the new leaves are produced, which are often bright red in colour but vary from almost purple to golden, copper and brownish in different individuals. (The beautiful colours of the new leaves are not confined to Msasa but are seen also on Brachystegia boehmii and on Albizia versicolor, where the versicolor name refers to the varied colours on their new leaves.) The leaflets in 4 to 5 pairs per leaf, the last pair the largest. The colour shifts to a deep green over a period of 10-20 days.

After the new leaves the insignificant looking flowers appear. They are green with white filaments and sweetly scented.

These are followed by bald pods about 12-15cm in length scattered in the crown of the tree. As with many legume species the pods twist as they dry and split explosively. Scientists use the term “dehiscence” for this explosive splitting of the pods of Msasa (and Munondo) (which is a result of the rising and falling of day and night temperatures. The two sides of the pod are never exactly the same and as the pod expands and contracts in the changing temperatures the pod starts to twist into a tighter and tighter curl, until the twisting reaches bursting point and the pod cracks apart. We hear the crack, we see the separated sides of the pod clatter onto the roof or ground, and we sometimes hear the ‘zing’ of seeds flying at explosive speed up to 40 metres from the tall parent.

Msasa is host to a number of insects, in both larva and adult form, and very common are the large numbers of large orange caterpillars, covered in highly irritant hairs, becoming Gonometa robusta or Msasa moth.

The Munondo is very similar to Msasa in appearance and annual cycle. Its old, yellow leaves are often still on the tree at the time the Msasa is showing its “splendid pallet of colours from the new leaves that form the main spectacle in spring.”

A couple of other differences are:

For further information on the Mnondo – see the video below