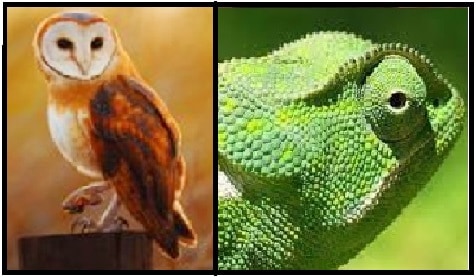 Our planet is teeming with life forms, each busily following its life’s plan.  They all require a set of physical conditions to thrive, things like appropriate food, water and shelter. Some are hugely adaptable and can fit in almost anywhere in the world (like rats, cockroaches and humans).  Some are highly specialized, cannot adapt very much and can only fit into a narrow little slot (like pangolins and koalas).

Throughout the ages humans have had opinions about the other life forms on the planet. They have liked and even domesticated certain species (cats, dog, horses, cattle) and have disliked and often killed on sight other species (like snakes and sharks).  It is no surprise that these human opinions about other species are mostly based on the advantages or disadvantages these species are perceived to have in relation to humans.

The most common type of “disadvantage” lies in this other species biting or in some way hurting humans. This is the basis of the extremely negative feelings about creatures such as snakes, sharks, spiders and scorpions.  The sad reality is that the negative feelings do not recognise the fact that these hated creatures are not seeking to victimise humans. They are just following their natural instincts, hoping to be left alone to hunt, feed and breed without interference and they react instinctively when they are under threat, using their natural self-defense mechanisms.  Millions of these creatures die every year from human attacks as opposed to a tiny number of humans dying from attacks by these creatures.

There is another source of human hostility to other life forms which is more difficult to understand and justify.  Humans attribute human characteristics (usually unpleasant) to certain species usually based on something in their physical appearance or habits that humans do not like.  There is a generally negative feeling, for example, about animals that have a physical appearance that humans feel is ugly, or animals that only move about in the dark, or that eat carrion, or have a strong smell, or that behave in a way that seems cowardly or cruel to humans.

Owls and chameleons are examples of species that have earnt the enmity of at least some cultural groups for many centuries.  They have been vilified and killed in great numbers because human groups have developed negative opinions about their natural characteristics. Below we will take a brief look at these species.

Owls are a particularly interesting case of humans attributing characteristics to other species as they have very different reputations in different parts of the world (none of which have anything whatsoever to do with the actual physical owls themselves). Various superstitions label them lucky or unlucky, wise or foolish, to be feared or respected, despised or worshipped, depending on the traditions of particular cultures.

In ancient Egypt, they were known as ‘keen-sighted hunters’ but were also associated with mourning and death.  In the Mayan belief system the owl was associated with nighttime and therefore dark forces, as messengers of the underworld and as a manifestation of the god of death.  In Europe the convention of associating owls with wisdom goes all the way back to ancient Greeks and Romans depicting owls with the goddess of wisdom, Athena/Minerva.  Amongst the peoples of southern Africa owls are associated with evil, witchcraft and bad luck.

In reality owls are not remotely interested in human religious practices or beliefs. They are specifically physically adapted to hunt rodents at night. Their large eyes (which can be seen as sinister or all-seeing, depending on culture) give them particularly good night sight and are set in the front of their “face” for accurate triangulated vision.

Their wings are adapted to achieve silent flight so that they can drop successfully on their unsuspecting prey.

Chameleons have never threatened the lives of humans in any way whatsoever  but they do look peculiar to humans.

Their prominent swiveling eye sockets are unnerving. Their slow, swaying style of movement could be seen as sinister.  Their ability to change colour smacks of witchcraft. Hunting by suddenly unrolling an extra-long sticky tongue seems unnatural.

Throughout Southern Africa chameleons are associated with evil and witchcraft and so are killed on sight. This human hostility is combined with other threats.  Chameleons are very vulnerable to agricultural chemicals and they are regularly killed by domestic cats.

They very slowly follow paths that their ancestors have followed for millennia which now cross busy roads where they are almost inevitably run over by vehicles. (In fact the biggest danger posed by chameleons for me and my family lies in our being found in the middle of roads trying to rescue chameleons, with traffic whizzing past on either side of us.)

The massive losses in the chameleon population leave us increasingly vulnerable to rises in the populations of flies, mosquitoes and other “nuisance” insects.  Left to itself the average chameleon will set up in a specific insect-rich tree and sit there for many weeks catching insects.

We are all a product of our culture.  Stories we were told when we were young can still have a powerful hold on us in adulthood.  As we mature, however, we can move into greater tolerance of other races, other religions and other cultures and can laugh gently at the prejudices of our grandparents.  In the same way we want cultivate an awareness of the scientific facts that help us to see all other species as occupying unique places in the great Web of Life, and each contributing to the well-being and balance of the system as a whole.