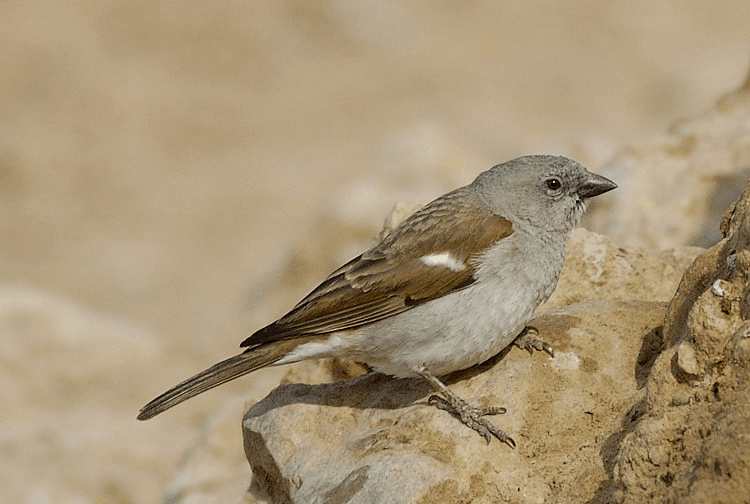 This bird is described as a “fairly common resident” inhabiting “open woodland with sparse grass”.  Well, most of Harare is not exactly open woodland but the grass outside my window is pretty sparse.  The sparrows are very frequent and regular visitors to the seed I leave there, and the bird bath.  Just as the book says, they are often seen in pairs; indeed they are apparently monogamous and work together, male and female.  Polite, too: I never see them chasing other smaller birds away from the food, as some other species do – most notably the supposedly ‘peaceful’ doves, from whom one somehow feels justified in expecting rather better behaviour.

These sparrows always make me think of soldiers – or at least military: airforce, perhaps.  They are so much neater and better dressed than their cousins, the House Sparrows, which I have always believed are foreign invaders, ‘settlers’ we might say around here, or ‘colonials’.  They are a scruffy lot, noisy and rambunctious, squabbling in the gutters: city birds through and through.

These Southern Grey-headed mossies are, as I say, much more smartly turned-out, disciplined and business-like.  They wear their khaki uniform like many soldiers in Africa at least, i.e. tight-fitting, with a neat grey cap, a shoulder stripe (Lance Corporal or Sergeant, I would think) and impressively clean underwear visible beneath.

Sparrows are among the birds that ‘bathe’ in dust, flapping and wallowing just as if they were in water, flinging dust and fine soil over themselves.  Why?  It may be that the dust helps get rid of parasites and mites that are harmful, or it could be to get rid of excess preening oil.  Birds have to preen i.e. tidy-up and clean their feathers frequently or else they won’t be able to fly properly: they have special glands which release an oil that reconditions their feathers. A small bird like a sparrow might have between 2000 and 3500 feathers altogether.

Feathers wear out and have to be replaced: this is the process of ‘moulting’ and it can take a lot of energy to produce new feathers.  It often takes place after the breeding season or, for males before the breeding season, when they change into their often spectacular breeding plumage which lasts only for the period of breeding.  Sparrows also moult, of course, but with no particular breeding plumage they have the same rather sombre but workman-like uniform the whole year round.