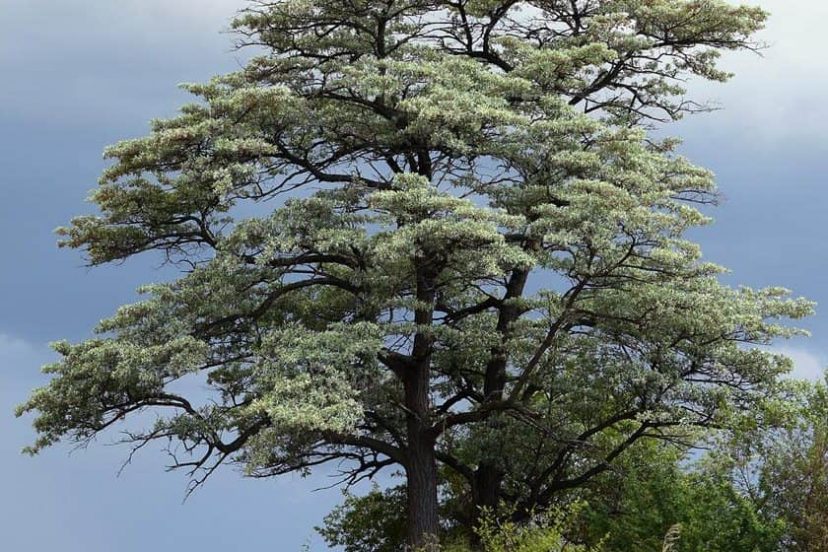 There are a number of different Terminalias, but Terminalia sericea is the most common. It is found in Tanzania and D.R.C. southwards to Angola and Namibia, Zimbabwe and through to South Africa.

Terminalia sericea is found in different types of open woodland, particularly in areas with sandy soils. In Harare it is common as you go south towards Hatfield and Epworth, where there is exposed granite and sandy soil. But, as the vegetation map shows, it is very common around Bulawayo where you find the name given to Mangwe River, Mangwe Dam and the tiny settlement of Mangwe.

It is sometimes described as a ‘pioneer species,’ easily becoming established in places where no trees are growing, or where trees have been removed. It might be that in places like Harare South it is becoming more common in an example of natural land reclamation. If left undisturbed it provides shelter for other plant species, including taller trees, to recover. It may be, or may becoming, one of the co-dominant species with Brachystegia, Mopane, Combretum or Acacia. It is around Bulawayo, again as the map shows, that it is co-dominant with Acacia in some places, and with Combretum in other places.

Terminalia sericea is a small to medium, deciduous tree, with reddish-brown branches, and leaves crowded at the ends of the branches – the name “terminalia”, meaning ‘boundary,’ refers to this crowding. The leaves are often covered in silvery hairs – the English names refer to this. (The leaves are sometimes not covered in silvery hairs, so you can understand that the identification of this tree sometimes confuses us.)

The flowers are in spikes, pale-yellow to creamy white,  appearing from September to January.

The hard, pale wood of terminalia resists insect borers and termites, and as a result the wood is used for tool handles, furniture and fence posts. Parts of the plant are used in traditional medicine, and the leaves are eaten by cattle where there is no grass.