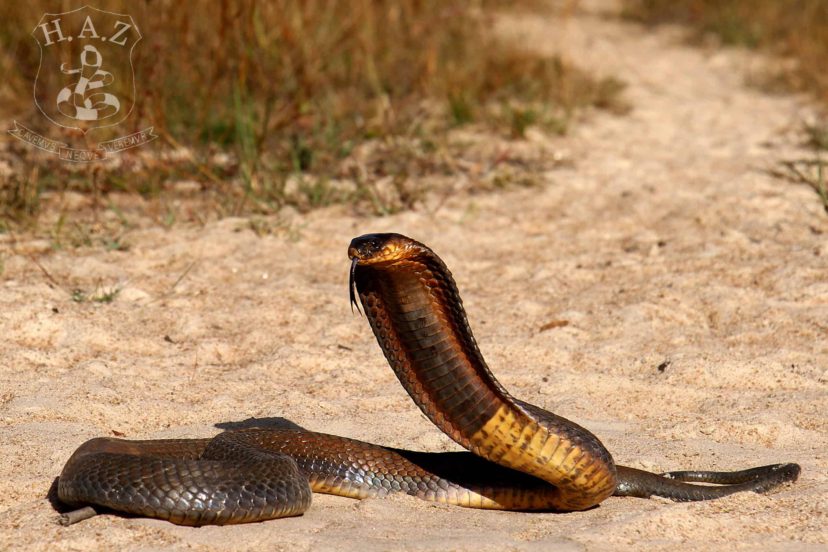 People and snakes have had a complex and somewhat negative relationship since Biblical times; which, apart from the fall of man, is largely unjustified and based on myth and misconception.

Reptiles are often referred to as cold-blooded, because they cannot generate their own internal body heat as mammals and birds do – however, the body temperatures of reptiles often exceed those of mammals, as reptiles absorb heat either directly (basking) or indirectly (environmentally) from the sun, and therefore are more accurately ‘ectothermic’ (whilst mammals are ‘endothermic’). One of the advantages of ectothermic physiology is that it requires a lot less energy to maintain, whereas the majority of food consumed by mammals is used to generate the heat they require to function normally; and snakes are therefore able to survive on relatively few meals per year in comparison to mammals. This fuel efficiency allows reptiles in general to fill a wide range of ecological niches and take advantage of scarce, seasonal, and specialised prey species; for which snakes in particular have developed a vast range of methods and techniques to hunt and subdue prey that often has the ability to fight back. Of all the methods associated with foraging, the use of various types and cocktails of venoms are possibly some of the most interesting – and definitely the most important with regard to perpetuating man’s fear of snakes.

N.B. Difference between venomous and poisonous

Note that some snakes are venomous, and none of the species that we get in Africa are poisonous. “Venom” has to be injected by a bite into body tissue or the circulatory system of an animal to have its effect. “Poison” works by being ingested when eating something. Basically: venomous = they bite you and it affects you in some way; poisonous = you bite them and it affects you in some way).

Number of Snake Species in Zimbabwe

Zimbabwe is home to roughly 80 species of snake. There were 83 species at last count by Dr Broadley, although we don’t know exactly how many species we have, as scientists regularly discover new species; sometimes from surveying unstudied areas or remote habitats, and other times from comparing genetic samples of what were previously assumed to be members of the same species. Unfortunately, the flip side to this is that as fast as we develop new technologies, the global human population is expanding, demanding more from our natural resources, and putting many species, not just snakes, at risk of extinction; we may not ever know what we species we have already lost and are currently losing.

The majority of Zimbabwean snake species are completely harmless to humans – some of our snakes don’t even have teeth, and many that are venomous have such weak toxicity that bites are completely inconsequential to humans, and still others that we know to be highly venomous live in such remote habitats and have so few recorded bites that they are not really even considered dangerous.

Of Zimbabwe’s 80 odd snake species, 23 are considered somewhat dangerous to man; and these 23 only 13 species are potentially fatal:

• family Viperidae: (these large snakes have large triangular heads and are heavy bodied, sporting a very effective combination of cryptic colours and patterns for the purpose of camouflaging themselves to both ambush prey and hide from predators);

• family Elapidae: (these large robust snakes are generally long and fast moving and are all able to lift their heads and first third of their body off the ground and spread a hood of some sort – the sole purpose of which is to warn potential predators to back off. The rinkhals and Mozambique spitting cobra are able to squirt their venom forwards out of the front of their mouth through specialised fangs, and which if landing in a predator’s eyes has the effect of immediately causing pain and impaired vision and allowing the snake to escape)

• family Colubridae: (these long thin diurnal snakes are arboreal and have large eyes with horizontal key-hole shaped pupils that in addition to binocular vision gives them an excellent sense of sight. All of these species are able to inflate their necks to increase their profile and warn off potential predators)

• family Pythonidae: (this is Zimbabwe’s largest snake in terms of both length and weight. Pythons are solidly built and extremely powerful, and when hunting will wrap their prey in a series of coils, using their heavy musculature to subdue and kill it. Human fatalities from this species are extremely rare, and they are not known to hunt people)

Many reasons why cases of snakes biting humans are rare

Of this deadly-dozen (and python), several species are either so rare or remote (forest cobra, gaboon viper, and rinkhals) or have such specialised behavioural ecology (green mamba, boomslang, and vine snakes) that they rarely if ever come into contact with people and thus pose relatively little actual threat to human life. Alternatively, species such as the snouted cobra are one of the most prolific species in Harare, and yet are so elusive that bites from this species are very uncommon. Puff adders and spitting cobras between them account for the majority of serious envenomations in Zimbabwe, followed distantly by black mambas (all of which are widespread throughout the country). Puff adders often position themselves along rodent trails where they rely on their camouflage to ambush prey and avoid predators, which sometimes results in them being stepped on when that path is also used by people, leading to a defensive bite on the offending foot. Likewise spitting cobras are attracted to the rodents that thrive on human refuse, where they will often enter houses in search of prey, and people with beds on the floor are most at risk of rolling onto the snake in their sleep. Wearing appropriate footwear and raising beds off the floor will prevent the majority of serious snakebites in Zimbabwe. Whilst a lot less common, bites from black mambas are a lot more severe due to the high toxicity and potency of their venom. Whilst black mambas do also forage around human habitation, they are diurnal and so active at the same time as people (reducing the chance of accidental bites during sleep), but are also highly alert snakes and very elusive and avoid confrontation wherever possible. Black mamba bites most often occur when encroaching on their habitation; for example clearing dense bush or chopping a tree or log that they reside in.

One snake that probably deserves an honourable mention here as a dangerous species is the stiletto snake (Atractaspis bibronii), which looks like nothing much more than a blind-worm, but packs a serious cytotoxic venom that while not life-threatening definitely causes a lot of trauma. These snakes are largely fossorial (living below the surface of the ground) and come out after the rains, where they are at risk of being stepped on or carelessly touched. This species in infamous for being difficult to safely handle; they are able to manipulate each of their relatively long fangs independently, and may stick one or other out the side of their mouth and turn their head to stab into the hand that has what would normally be an adequate grip on another species. (https://africanreptiles-venom.co.za/stiletto-snake/)

The night adders (Causus rhombeatus and Causus defilippii) might also be worth mentioning, but both these snakes put on more of an obvious defensive display than the stiletto snake, are faster at escaping – and whilst still painful, their bite is less severe. (https://africanreptiles-venom.co.za/rhombic-night-adder/ & https://africanreptiles-venom.co.za/snouted-night-adder/)

What to do if you encounter a snake

Physically interacting with snakes, either in attempt to catch or kill, significantly increases your chance of being bitten. If you can see the snake, stand still or back away slowly – keeping an eye on where the snake goes; panic is not useful. Contrary to popular misconception, snakes will not attack you unless they cannot find an alternative escape route or course of action; bites are always the last resort on the part of the snake. If you are concerned that they have taken up residence in your house, it is likely because of a large resident rodent population attracted to food and refuse – in this case call someone who is experienced and qualified to remove the snake, and then ensure that you clean your house and prevent rodents from being able to get to your food and make nests in your house.

In subsequent articles we will delve deeper into the different families and individual snake species that we get in Zimbabwe, as well as the different types of venoms, their delivery systems, and the best recommended treatments for bites whilst in the bush and then subsequent hospital care. But it is a good idea to familiarise yourself with this list of potentially fatal species provided here – know how to identify them (at least to a family or genus level) with even just a quick glance, and everything else in terms of identifying snakes and understanding the danger level will quickly fall into place after that. Never handle a harmless snake that you cannot absolutely identify without doubt.

The links to each of the species profiles and photo galleries are provided with the kind permission of Mike Perry from African Reptiles & Venom (https://africanreptiles-venom.co.za/). African Reptiles & Venom are the leading supplier of African snake venom for the production of various anti-venoms that save countless lives and limbs throughout the continent each year. In addition to venom production, African Reptiles & Venom run various snake identification, handling, and snake-bite treatment courses for all levels of experience. Visit their website to learn more.

Snakes Shedding Their Skins (or Moulting or Sloughing)

All snakes shed their skin, regularly. In this article we will discuss why and how they…

Snake dentition is a complex subject and helps scientists to distinguish very different categories of snake.…

Meet The Man with Unique Calling